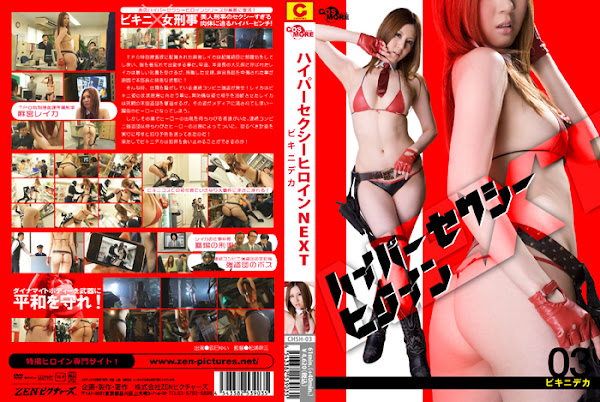 Reika Asamiya(means an elegant linen palace)， who has been assigned to the TPO Special Investigation Division， gets up late on first day of the assignment and forgets to wear its cloth， then attending its office. Instantly， Reika is called by the director-general named Okubo(means a long lasting man) and is received a severe reproof， but at the same time， the director-general also slanders her father named Goro Asamiya(menas I’m a real linen palace)， who was killed in the line of duty， so that the relationship between Reila and the director-general fall in the dangerous state! At such time， serial convenience store robbery which has disturbed the world occurs， and Reika goes to the spot with only a bikini. Reika makes gangs of robbers careless in the defenseless figure and succeeds in beating them after the desperate battle， but the figure is broadcasted by media and she becomes a heroine of the town suddenly. However， on the reverse side， there are those who get tired of waiting for an appearance of such a heroine. Due to the appearance of the heroine whom the serial convenience store robbery gang is waiting for tediously， they send crime preliminary announcement that puts into execution of a fearful plan! Well， can the bikini-detective stop the crime!