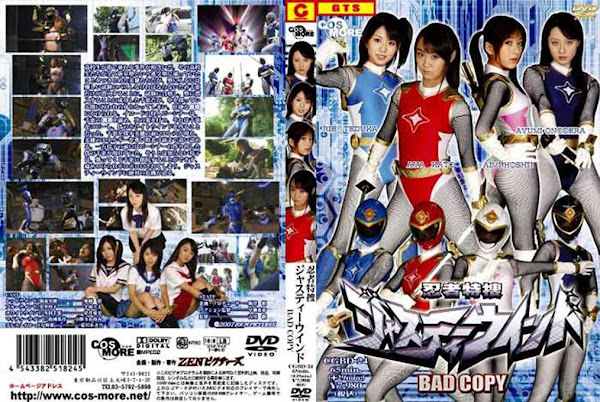 A series of cases that high school students run wild on the street occurred. Miho and others find out the fact that those entire students go to a cram school called ”Shinsei-juku” and only Chie is appointed to sneak into the school as one has to pass a difficult examination to attend a cram school. Chie passes the exam and succeeds in sneaking into the school. However， she gets held in captivity while looking into the inside and is subjected to fierce tortures. Peacener， a monster of Erode， gives up the torture on Chie and takes a next measure， which is to create Chie’ clone. ，fake White Wind. Meanwhile， Eres appears before Miho who is looking for Chie， and Eres deprives Miho of her energy and brings her to the edge of defeat. Also， in front of Reiko appears the fake Chie. Reiko， without knowing the fake， gets roughed up and worn out， being unable to resist her attacks. Justy Wind faces a deadly crisis.