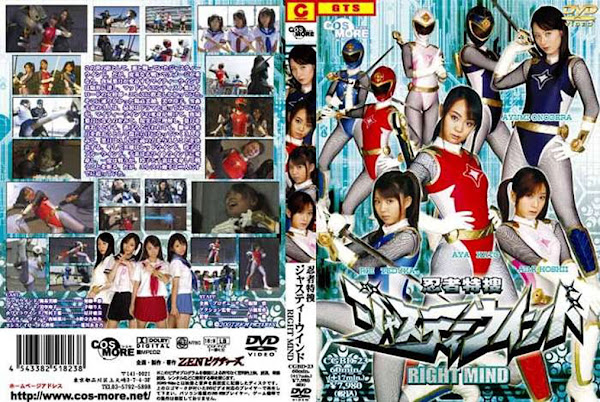 Justy Wind keeps fighting as the shadow of the world. But the fighter Hazuki Yashiro or “Mighty Wind” is exhausted because of the endless days of her battles. She almost suffered a breakdown and now，during the fight against Ellis， a high ranking officer of the mad scientist group Irod， she is about to collapse， on the verge of being defeated. Then three girls Miho Hidaka， Reiko Misora and Chie Yukimori chance to pass by the battle. The girls think it is just a film shoot at first， but as they see Mighty Wind turn into a girl named Hazuki， they realize the fight is real and decide to save her immediately. Hazuki， seeing three girls’ bruising and desperate fight， would not listen to their advice to run， and decides to give the power of justice to them on the spot. The girls are transformed by Hazuki’s power; Miho is Red Wind， Reiko Blue Wind， and Chie White Wind. However， after their first battle as super-heroines， Reiko and Chie refuse to use the special power again. But scheming Ellis is already planning to stealthily attack Reiko and Chie!