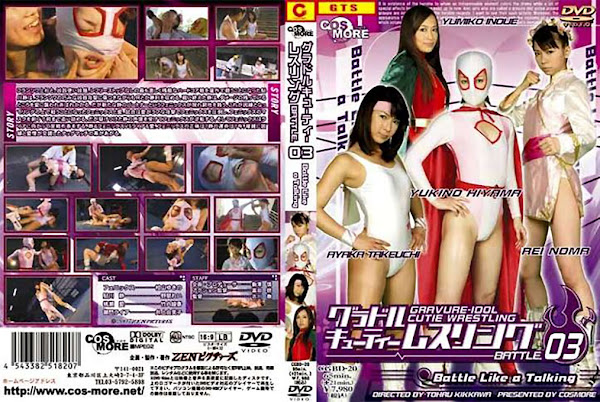 This is a hardest， cruelest and most deadly wrestling match for Shizuka Ayukawa who must fight against Francois Uesugi. Any weapons are allowed in this outdoor match without referee stoppage. Shizuka suffers much from Francois’s tactful attacks using weapons， but finally wins the battle. However， Shizuka， physically damaged， is then attacked by Ai and is nearly toyed with by her. But Phoenix， who says is Shizuka’s new partner， saves Shizuka in a pinch. This leads to a match between Phoenix and Ai. Ai overwhelms Phoenix with rough attacks and corners her， nearly succeeds in pulling off the mask from her face， but Phoenix， cheered by Shizuka， turns the tables on Ai. Phoenix then proclaims war against Raia， which leads to the match between Shizuka & Phoenix vs. Raia & Ai. But who is Phoenix? What awaits Shizuka? A fateful tag-team match of love and hate is about to begin now.