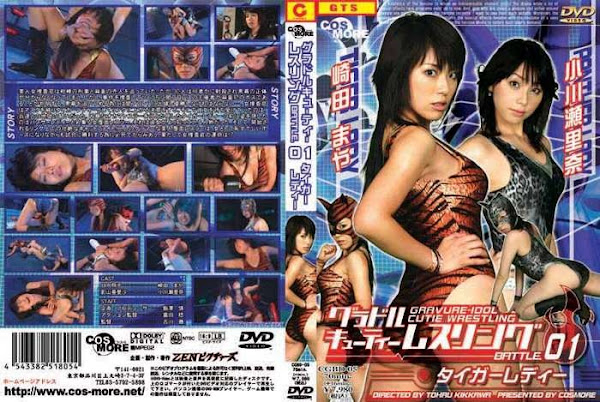 A good-looking female agent has been tracing a drug dealer with her partner detective. But the criminal gets shot dead by an unidentified man and it has become impossible to confirm who is pulling strings from behind. However， as they investigate the case， it turns out that an organizer of under-the-counter wrestling is the boss of the drug dealer. In order to track down the string-puller， someone must participate in a match of under-the-counter wrestling and win victory... The female agent decides to put on a mask and get in the ring as Tiger Lady. But it is a hellish battle against fighters that is waiting for her up there. She manages to defeat a brutish gay wrestler but then appears a masked female wrestler calling herself Panther Lady， who is quite familiar to the agent. Now in the ring， a fierce cat fight begins! In an attempt to win the match， the two masked women with sexy bodies desperately intertwine with each other even making an embarrassing pose for women. What will be the fate of the female agent?