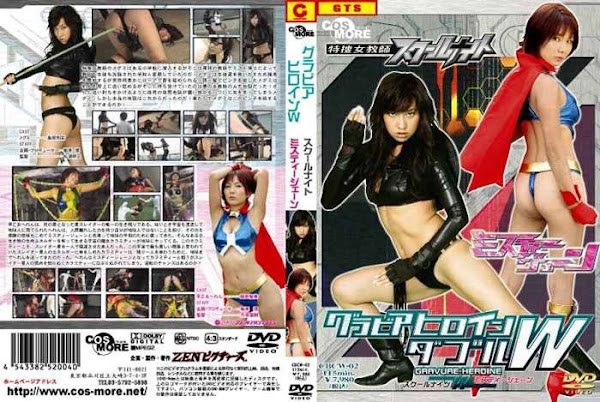 School Knight Female school teacher Megumi has another face. She is also a special undercover agent sent to an elementary school. There she finds all the students and teachers are brainwashed by Dr. Chemist the science teacher! Megumi starts investigation and tries to save the students， but she is ambushed by someone trying to strangle her neck with a rope. Megumi just barely escapes the attack， chases and corners the assassin on rooftop. But what awaits her is a rampage of whippings by the evil woman teacher! In addition， Megumi must attend the ”physical education”， go through hell of corporal punishment and she faints in the end. However， the real hell hasn’t even started yet! Is there a way for Megumi to escape from this pinch? Misty Jane Helen Saotome is the only survivor of Planet Slater which is now destroyed. After drifting in the space a as a child， Helen was found and raised by humans. Later grown-up Helen realizes she is not a human being because she has extraordinary power， and she decides to use it to protect the humans as ”Misty Jane” to thank for the support given to her. One day the Earth is attacked by the space witch Calamity who sucks the energy from other living things and it is this witch Calamity who had destroyed Planet Slater! After drinking up the energy of Slaters， one of the most beautiful races in the universe， Calamity chased after Helen to the Earth to taste the last of the Slaters. Helen transforms into Misty Jane and fights the new enemy， but is caught and tortured by Calamity who knows every weak point of Slaters. Is there any chance for Misty Jane to win the battle?