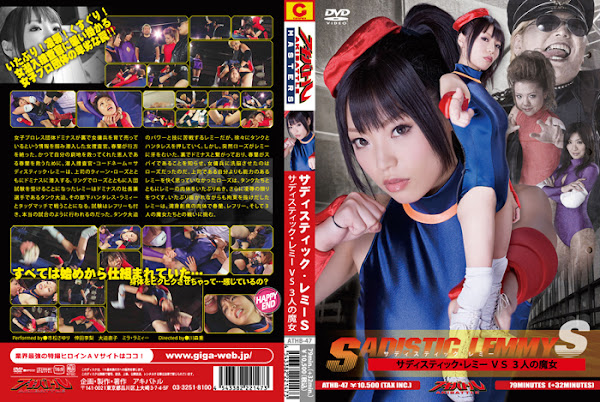 A female investigator named ShunRun(means a spring orchid) is missing after she has held the information that the professional wrestling organization named the Dominas seemingly raises and sells the female mercenaries at the back so that she has infiltrated into the organization to seize the truth. Now， the inside investigator， the codename=the Sadistic-Remi infiltrates into the Dominas in company with her boss Queen-Rose in order to rescue ShunRun who is her benefactor once saved her plight. Remi has a chance to take the joining trial with her boss Rose， and they’re tag-matched against the president and wrestler of the Dominas， Tank Ohseko (means a tank is greatly approaching) and her subordinate， Hunterless Lamy. The referee is also obtained， and the trial is being done like a true game. Though Remi has a tough game in the powers and techniques of Tank Ohseko and Hunterless Lamy， she pushes Tank and Lamy gradually. However， Rose suddenly strikes its tusks into Remi. Actually Rose is connected with the Dominas at the back and she’s the one who told that ShunRun was a spy and made ShunRun brainwashed into the female mercenary. Rose as Remi’s boss has been enfolding unpleasant feelings in Remi whose ability is superior to her， and in company with Tank and others， she sufficiently plays cat with Remi’s flesh， and surrenders Remi as much as Rose likes. But Remi slips out of the restraint while being played cat with sufficiently， and even if the body is wounded all over， she challenges ShunRun， the referee， and these three witches. [HAPPY END]