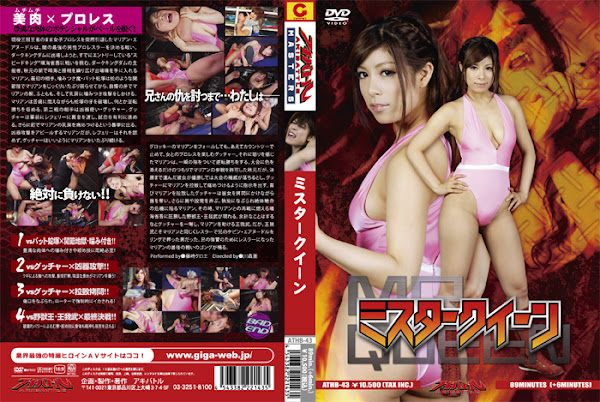 A female pro-wrestler and triple-title holder Marian Airnudle suddenly announces her retirement. She intends to join the all-male wrestling competition， an underground tournament held to decide the strongest fighter. To be qualified for the competition， she wages a fight with Harumi ”Speed King” Shogo before Akimoto， the shadowy organizer of the Dark King tournament. It was a close fight， but Marian wins and enters the tournament. Her first opponent is Bad ”Biter” Hebizuka， a ruthless fighter. He weakens Marian with his slick submission skills before biting her arm， thigh， and breast with his mighty fangs. Marian groans from the racking pains， but finally destroys Hebizuka’s fangs and wins the battle. In the second bout she is confronted by Gutcher the Master of Deadly Weapons. Before the fight Gutcher bribed the referee so that he could do whatever he wants， including atrocious attacks on her boobs using a nail. Marian’s appeal to the referee is ignored， and Gutcher continues to beat her up ruthlessly. Groggy Marian is unable to fight back， but instead of scoring a pinfall and winning the match， Gutcher stops himself at the count of two and enjoys wrestling with a woman. Marian resents this， counterattacks the opponent when he gets careless， and wins the battle in the end， making it to the final. The organizer Akimoto， who had allowed Marian to enter the competition， only wanted her to bring some novelty and sexiness to the tournament. He now starts to worry that if she should win the championship， it will be a disgrace to the tournament， so he orders Gutcher to abduct Marian and beat her up. Overjoyed Gutcher follows the order， and he tortures and humiliates the kidnapped Marian， kissing her on the lips and groping her breasts and crotches. Marian is in big trouble when before her appears another fighter， Takeshi ”Beast King” Oga. After his easy win over ”Speed King” bent on a rematch， Oga saves Marian， warning Gutcher to stay away from them. Ironically enough， it was Oga himself who killed her brother and pro-wrestler Kevin Airnudle in the ring. Now begins the final battle of Marian avenging his brother’s death. [BAD END]