ATHB-33 A Female Teacher VS. A Schoolgirl 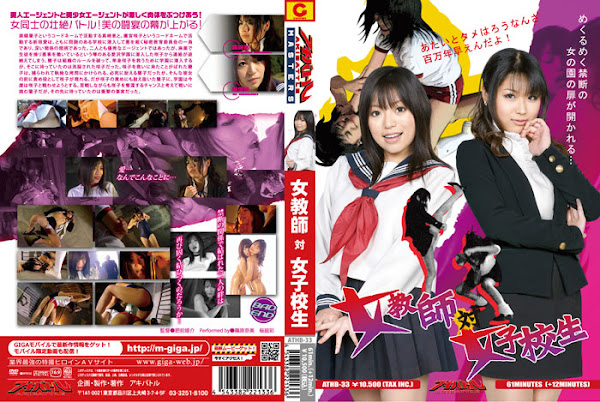 There are two agents， one is Megumi Shinzaki takes an active part in the agent work with a code name called Ranko Michou(means an orchid with a beautiful butterfly)， and the other is Ai Niigaki with a code name called Sakiko Takamiya(means an eagle palace with a flower blossom).They’re actually members of an organization called the Secret Educational Committee， and they sneak into schools which have some problems， punishing the evils there. And beside of the work， they also have a very close relationship. The both girls are very excellent agents， but one day there is no contact from Sakiko after she has sneaked into the Love-Rich School where there has been a rumor going around that someone controls students by drugs， committing evil deed. In order to rescue Sakiko， Ranko breaks rules of her organization and solely sneaks into the school， but what is waiting for her is actually Sakiko who has been brainwashed. At the same time， the foe notices that Ranko has been in this school to rescue Sakiko. Ranko is captured by the foe as well， and she is put into their torture. Somehow she bears their harsh torture desperately， but surprisingly， Sakiko appears in front of her as one of her torture givers. However， Ranko comes through Sakiko’s torture， too. So the evils in the school make Ranko to fight against Sakiko. Ranko has an idea that she can have a chance to take back Sakiko even if she confronts with this tough fight. However， there is a shocking fact awaiting her. [BAD END]