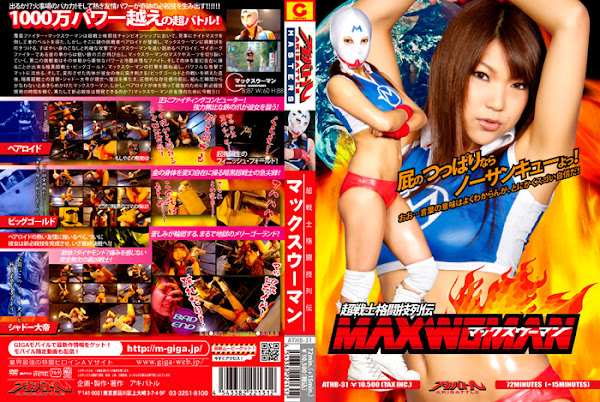 Masked fighter Max Woman has successfully beat Knight Mask at the Super Warrior’s Fighting Sports Championship to win the Regal Belt. Then， a mysterious challenger Bear Lloyd emerges to slap a challenge notice on Max Woman. In nimble moves and with exacting attacks， Bear Lloyd corners Max Woman. From his cyborg fighter fists spring out sharp iron claws that rip off Max Woman’s mask and suit. The second challenger has the robust body with formidable power and relentless fighting spirits. He also has the ability to transform his body. He is a Dark Super Warrior， Big Gold. Big Gold bounces off Max Woman’s blows and sinks her onto the mat with powerful strength. And， his transformed body pierces her. Right after her fight with Big Gold， Emperor Shadow， the chieftain of the Dark Super Warriors， revives into the world. His overwhelming presence dwarfs Max Woman to make her feel defeated the moment she wrestles with him. But， Bear Lloyd steps in to buy time for her to develop her deadly fighting technique. Will she come forward with the new deadly technique? Max Woman carries on her fight for the sake of friendship.