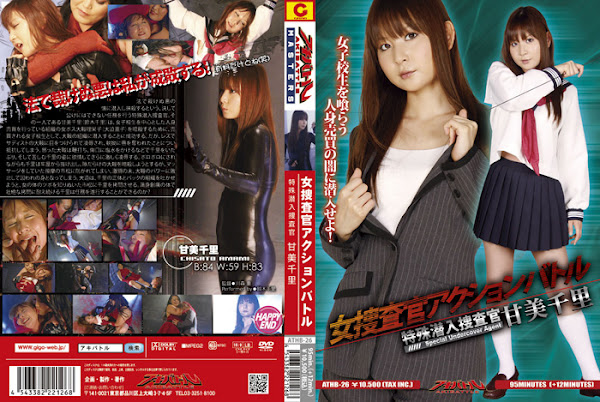 To bring justice to the evil-doers the law cannot reach， special undercover agents carry out the missions that are never made public. A female agent Chisato Amami (Chisato Suzuki) is one of the members of the unit and she is sent on a mission to assassinate Rieko Okura (Naoko Osako)， the female boss of the crime syndicate dealing with human traffic， mainly high school girls. Chisato disguises herself as a high school girl and succeeds in entering Okura’s organization. However， when the sadistic lesbian boss Okura sets eyes on Chisato and punishments her， Chisato spurns the female boss in spite of her better judgment， after being kissed on the lips forcibly. Enraged Okura whips and tortures Chisato， pouring salt water upon the wounds. The female boss watching Chisato in great pain gets horny and continues to punishment her. Though battered and exhausted， Chisato manages to escape from the prison and attempts to kill Okura who is taken off guard by her attack， but Chisato fails because Ichimatsu， a massage practitioner， interrupts her. The women engage in a fierce battle and Chisato， overwhelmed by Okura’s power， loses the fight. Then Okura plans to get information from captured Chisato about her true identity and the organization she belongs to， so orders Ichimatsu， who knows everything about woman’s body and its acupressure points， to torture her. Will heavily wounded Chisato， who must endure the most painful tortures， accomplish her mission? [HAPPY END]