ATHB-17 Heroine Battle - Get on top of the crisis, Eri the athlete Detective 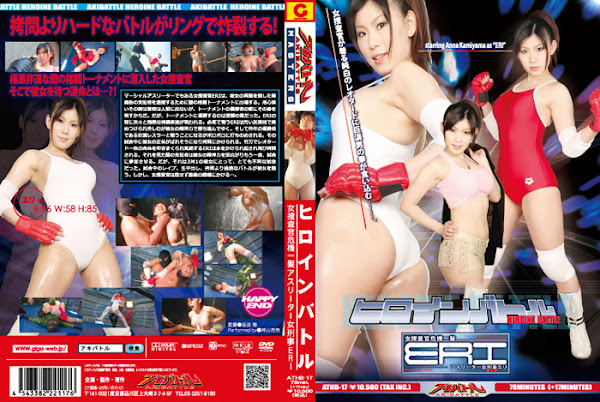 ERI is a female detective and is also the Marshal Athleter， and one day she joins to compete in a dark combative tournament in order to arrest the underworld’s ruler who killed her parents. The ruler is so watchful and usually doesn’t appear in public， but he shows up in front of the final winner of the tournament. That’s why she competes the tournament. However， winning the tournament requires a task of extreme difficulty. In front of ERI， cruel combative athletes appear one after another. ERI fights against them so desperately， but she is injured with their dirty foul plays and is so suffered. However she keeps wining the games with her strong mentality. But she is seriously beaten by a giant wrestler of the last year winner during the match. She is almost found out her true character， and also she is put into torture. Her body with an only leotard is beaten with a bamboo sword， and ERI looses her consciousness; but she is thrown water and is forced to wake up. And she is tortured again. Contrary to that the underworld ruler enjoys her mentally that isn’t easily broken， and he makes her compete a match once again. However， the match of 3 versus 1 is very disadvantageous for her. During the match she is disgraced and is shot raw cum inside her vagina， and she is attacked with battles that are much harder than their torture. But the female detective bets her life on the last chance of winning... [HAPPY END]

Post a Comment for "ATHB-17 Heroine Battle - Get on top of the crisis, Eri the athlete Detective"