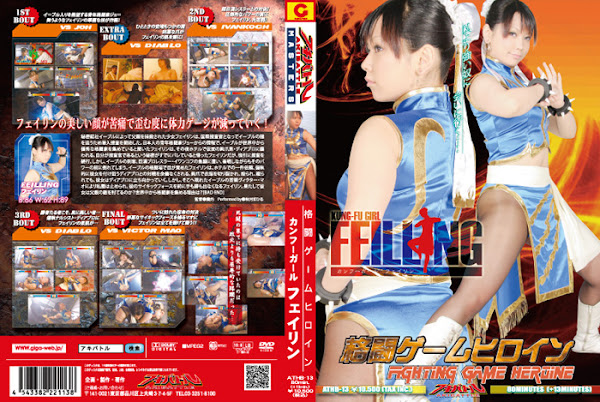 Girlie Fei Lin has had her father killed by the Junto Evil. Now， she is an international investigator going after the wrongdoings of the Evil， engaged in a deep cover operation. On the tip from a Japanese grappler Joe， she learns that the Evil is gathering able grapplers from all over the world. One night， Fei Lin is assaulted by a masked hook-nail man， Diablo， at the hotel and realizes that her presence as an investigator has been known. She carries on her search， but Evil’s assassin Iwankov， a mountain of a pro wrestler， sneaks up on her and overpowers her down unconscious， while she has fought well. Fei Lin awakens at the Evil’s fighting ring and faces Diablo in a match， who has persistently been following up on her. With her clothes ripped off by the hook-nails， herself slugged and kicked， Fei Lin keeps charging onto Diablo. Then， Victor Mao， the chieftain of the Evil， stops the fighting and instead puts her under his psychic power to disable her. Will Fei Lin be able to revenge for her father? What is the purpose of calling in grapplers from across the world? Bad ending.