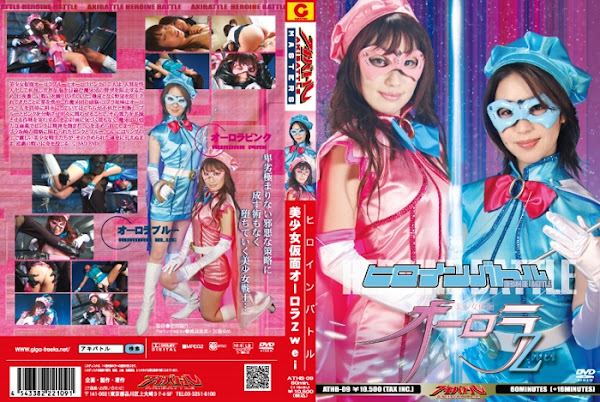 Two of Nymph mask girls who’re the Aurora-Blue and the Aurora-Pink have been furiously fighting day and night in order to stop an evil ambition of the Evil-Tusk Gang that is plotting to conquer the world by turning human being into monsters and making use of them. A brain person of the Evil-Tusk Gang named Cobra Sakasaki has been irritated to be interrupted the evil ambition so many times by two of Auroras， so he comes up to the result that it will be continuously disadvantaged for the Evil-Tusk Gang to fight two of Auroras at the same time; and he tries to execute a mission to weaken their forces into a half of them by separately fighting against them. Before the Aurora-Pink notices the Evil-Tusk Gang’s plot， she is ruined her mentality by some strong drug of the Evil-Tusk Gang and she is now twisted her mentality badly... Also the Aurora-Blue is entrapped by a mean strategy of Cobra Sakasaki， and two of Auroras are now fallen into their hand. Finally on the ring， two charming nymphal girl fighters are thrown theirselves into some tragic fights while they have no chance to resist their twisted destinies... BAD END