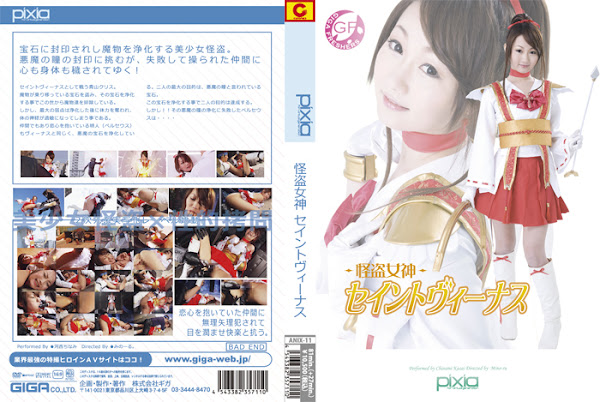 Chris Aoyama(means a holy girl in a blue mountain) has been fighting as the Saint-Venus. She excludes devils through means of stealing jewels possessed by demons， and purifying them. But the biggest weak point of this good deed is that each time she does it， the physical strength is taken by force and the nerve of the body becomes oversensitive. A guy named Akito(means a bright guy)， who is also Perseus， is her fellow and is being in love with Chris. He purifies devil’s jewels as well as the Saint-Venus. The biggest purpose of them is to get a jewel called the Devil’s Eye. If they purify the jewel， their purpose will be accomplished. But!! After getting the Devil’s Eye， unfortunately Perseus fails in the purification of the jewel， and then... [BAD END]