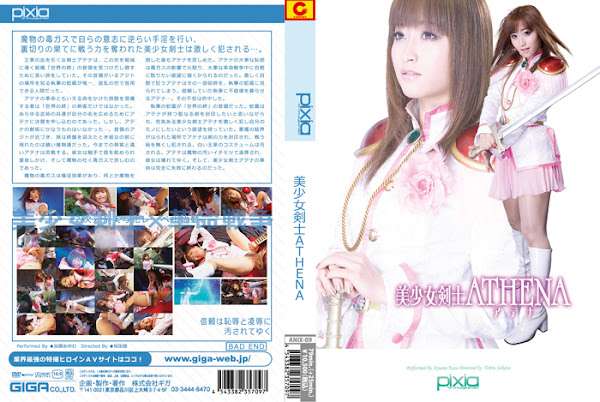 Athena is a swordswoman and royal descendant on a journey to find and defeat the leader of ‘World’s End，’ evil organization that plans to destroy the world as it is. She is accompanied by a butler named Hebizou， who knows the location of the organization’s hideout， and is the only person she can trust in the war-torn country. Her dangerous task is almost like a revolution because those assassins sent out by ‘World’s End’ are not the only ones trying to kill her. Athena has to deal with every martial arts expert challenging her to a duel. Those fighters want to be famous quickly by beating her， but none of them really matches her.... Athena has almost reached her destination， somewhere very close to the enemy leader’s hideout when she is confronted by a horde of hideous-looking monsters. It is going to be a tough fight for her as those monsters are much stronger than the assassins she fought before. Her neck is strangled by the tentacles and she nearly gets suffocated， together with the poison gas the monster emits from the mouth. The monster’s poison gas makes Athena horny， and continues to torment her even after defeating them. Athena’s crotch gets all hot and sweaty， driving her mad with a desire to indulge in masturbation in the middle of the battles for revolution. Athena is seen furiously masturbating， and her butler Hebizou witnesses it all. Athena starts to think her confidence might be misplaced ... and her suspicion turns out to be correct. It is her trusted butler Hebizou who is the leader of the evil group ‘World’s End.’ Hebizou wants to seal off the power of the holy sword Athena possesses， but he also wants to disgrace the sexy and beautiful young swordswoman and make her his. He creates demonic kekkai barrier to nullify the power of her sword， and disgraces Athena who is unable to fight. Her white costume， symbol of her royal house， is tainted. Athena is humiliated by the demonic monster’s dirty dick and she slowly breaks down. And the beautiful swordswoman Athena’s revolution ends in failure. [BAD END]