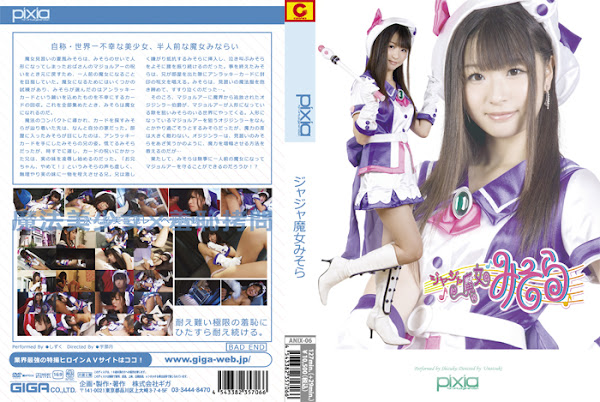 Misora Natsukaze is a novice witch， striving to be a full-fledged witch so that she can break the magic spell that turned her aunt Majorua into a puppet. To do so， she has to pass several tests， and Misora has chosen the task of retrieving Unlucky Cards – magic cards that will bring misery to those who use it wishing for something. When she collects all the missing cards， Misora will be allowed to become a witch. Guided by a magical compact， Misora continues to search the cards， but to her great surprise her compact leads her to her own home. Misora enters her room and finds her brother is holding an Unlucky Card. Misora gets frantic trying to stop him， but it is too late. Cursed by the card， her brother starts raping her own sister. ‘No， please， stop it， brother!’ Her voice echoes hollowly while he forces her to put his penis in her mouth. Then he penetrates Misora crying and struggling hard， and keeps moving his hips. After her brother finishes and gets out of the room， Misora begins her incantation in order to seal the card. Then Misora starts sobbing， holding her magical uniform in her arms.... In the meanwhile， Count Ozizinler， expelled from the magical world， travels to the human world where Misora currently lives， in his attempt to capture Majorua， who is now a puppet. Misora fights back， trying to protect Majorua， but Ozizinler is too strong an enemy for a novice witch like her. As if to make fun of her weakness， triumphant Ozizinler even tells her the way to enhance her magical powers， but.... Can Misora become a full-grown witch and protect Majorua!? [BAD END]