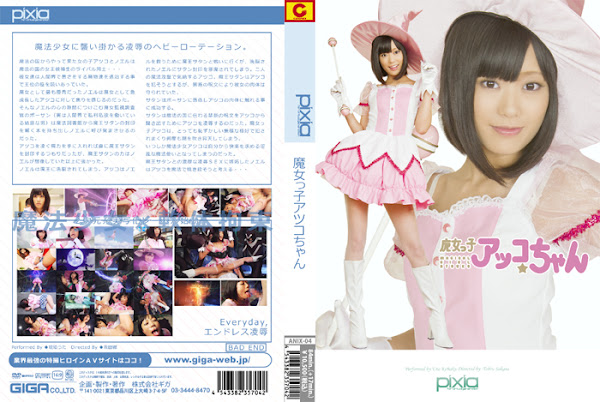 A girl， Atsuko and Noel who have been from a magic land are rivals of the queen candidate of the magic land... They’re competing for the seat of the throne in subjugating demons that do mischief on the human world. Noel， who is the most excellent as a witch now， feels impatience to Atsuko who has improved her skills rapidly. A witch surveillance examiner named Boosun( menas a bonze， and a temporizing man who is committing narrow interests in fact on the human world) is now taking advantage of the crevice between the hearts of such Noel， carrying out a book from the magic library， which unravels an evil spirit Satan’s seal， and he makes Noel stir the demon up. When getting the magic which can endure Atsuko， she has it in mind soon to seal Devil Satan again， but more than Noel’s expectations， Devil Satan’s power is very strong and conversely Noel is brainwashed by Devil Satan. In order to save Noel， Atsuko goes to fight against the evil spirit Satan， but sealing Devil Satan is interfered by brainwashed Noel. Atsuko is knocked out with the two opponents’ magic attack. Devil Satan tries to disgrace Atsuko， but her flesh is protected by forbidden mystic words. Then， Satan gets into Boosun and succeeds in touching the flesh of Atsuko. Actually， Satan surrenders Atsuko in order to extract the forbidden mystic words which have been told across to the magic land. The witch girl Atsuko is earnestly disgraced with very shameful awkward appearance， and blows her urine tide repeatedly and ascends to heaven. Now， the witch girl Atsuko becomes an unchastity magician who asks for pleasure from herself before she is aware. But Noel becomes jealous of the deep surrender sex with Devil Satan and thinks to burn Atsuko to death by the magic. [BAD END]