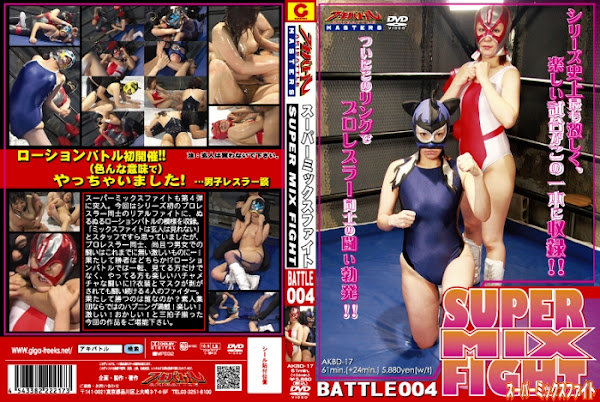 Now we break into the forth version of the Super Mix Fight. This time we contain real fights between pro wrestlers for the first time in this series， and also battles of slippery lotion ones. ”Real wrestling favored people never see the Mix Fight” that even if the staffs used to think like that， but there are peerless violent fights taken place between a male pro wrestler and a female pro wrestler...! Well， which one will be the winner!? In the lotion battle， the fighting situation undergoes a complete change， it becomes so messy fights that are so enjoyable for not only viewers but also for doers.!? Four figters continue to fight even if they’re ripped off their costumes and masks. Well， who’s gcing to be the winner? It has so much happenings contained which only amateurs can produce! So enjoyable! So furious! So funny! there’re all-around elements. Please see and enjoy this film!