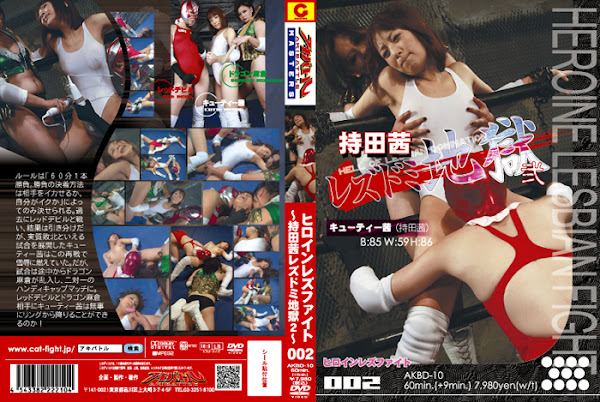 The rule is ”One-game match in sixty minutes. The way of the duel settlement is decided weather one makes other reach the acme or one is reached the acme by other.” In the past the Cutie-Akane fought against the Red-Devil and the showdown ended in a draw， but the game actually held clear advantage over the Red-Devil. So the Cutie-Akane is seriously eager to clear herself of the disgrace by the rematch. However， the middle of the match， the Dragon-Asakura forces herself way into the match， and it becomes a handicapped situation of one against two. Is it possible for the Cutie-Akane to leave the ring without serious damage after she fights against the Red-Devil and the Dragon-Asakura!