ZDAD-67 An omnibus of Heroine in a Pinch Mighty Alice 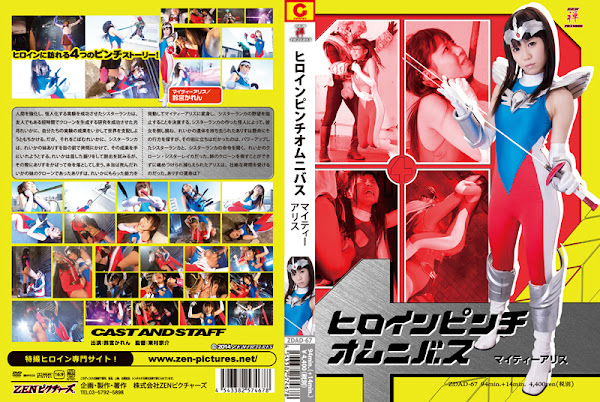 Sister Ranka obtains a way to strengthen human beings into monsters. Sister Ranka proposes an idea to her researcher， Reika， about using this discovery to rule the world. Reika refuses to use her experiment on such an idea， but her sister (Alice) gets kidnapped. Alice gets tortured by Sister Ranka. Reika tries to escape the situation but gets killed trying to rescue Alice. It turns out， Alice is actually a clone of Reika’s sister， and she uses her special powers given from her sister to transforms into Mighty Alice. She swears to stop Sister Ranka from using her sister’s experiment but the minions block her way. Alice chases Sister Ranka who took the corpse of Reika with her. She now faces Sister Ranka and a clone of Reika! Will Alice be able to defeat the clone of Reika?