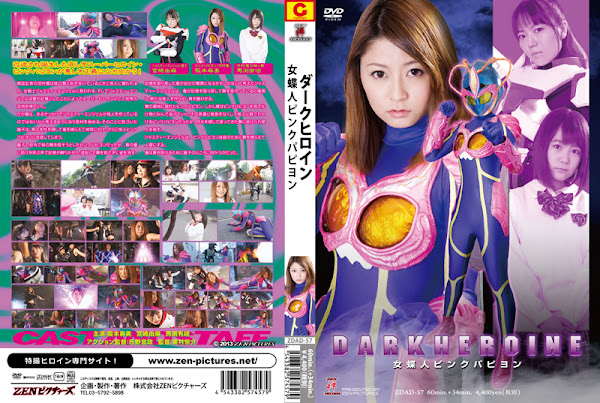 When a magazine reporter You Hamura and her younger sister are walking on the street， they’re attacked by a monster， but they’re saved by a female fighter named Justy-Angel. And after You writes up Justy-Angel， she gets grass-root support as a super heroine. But， You suddenly wonders by some incident that Justy-Angel is creating monsters， so she begins the coverage. Reiko who is Justy-Angel finds it out， and now she shows the evil character. She captures You and tortures her. Furthermore， Justy-Angel remodels You into a monster called Pink-Papillon. Reiko (Justy-Angel) orders Pink-Papillon to kill the younger sister Mai， but You recalls memory with a voice of Mai who is crying for help. You gets confused badly， and she disappears without killing Mai. Justy-Angel guesses that You who has recalled memory would be a threat， and she believes that You who has recalled memory should watch Mai， so Justy-Angel creates a new monster and makes it attack Mai. Pink-Papillon appears when Mai falls in the pinch， but right after Mai sees Pink-Papillon， Mai shouts that Pink-Papillon is a freak， and Mai runs away. Pink-Papillon loses her fighting spirit by the word， and is almost killed by the monster， but Mai senses something wrong and comes back and helps Pink-Papillon， and they manage to defeat the monster. But， a little later， Justy-Angel captures and abducts Mai in order to terminate Pink-Papillon. You (Pink-Papillon) goes to Reiko’s site to save Mai.