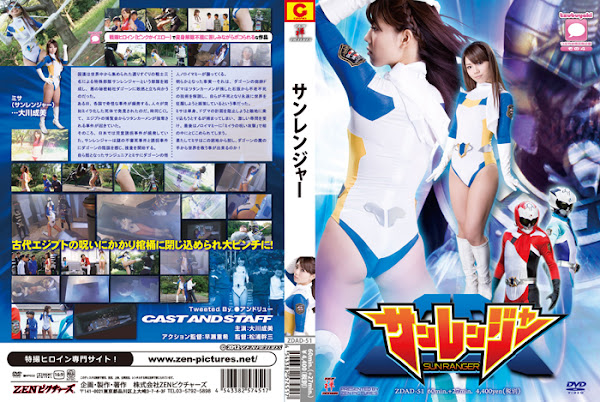 To fight an evil organization named Dagone， United Nations has formed Sun Rangers， a team of three handpicked brave warriors. One day a series of strange incidents starts taking place all over the world. People suddenly go missing and later their mummified bodies are found. At the same time as these weird events are happening， there is a robbery of Tutankhamen’s mummified remains from Egyptian Exhibition， followed by a string of child kidnapping cases that terrorize Japan. The Sun Ranger members set out to investigate， suspecting these crimes are all concocted by Dagone. Sun Junior and Maya， who volunteer to be the ‘bait’ in a mission， are attacked by a Dagone monster Noroi-Mummy. Then it is revealed that the Dagone leader Dogma is planning to conquer the world by decoding the Tutankhamen’s slab concealing the power that makes one immortal. Misa attempts to thwart Dogma’s plans on her own， but after being severely interrogated， she gets attacked by Noroi-Mummy using a move ‘Mummy’s Curse Attack，’ and Misa is trapped inside a coffin in the end. Can she get out of her predicament and save the kids from the evil clutch of Dagone?