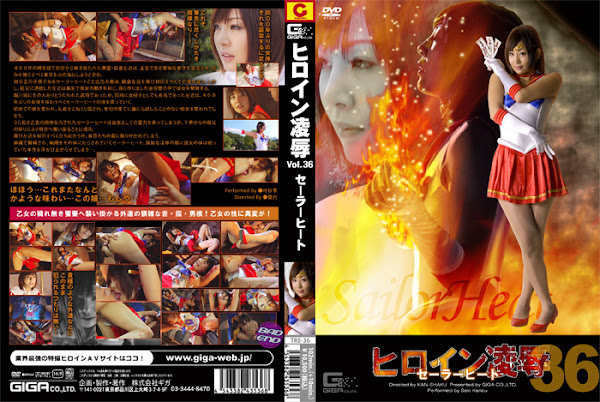 After the time of 400 years， the evil sprit， Sakon-Nabekura(means a court noble named a pan-warehouse) has been released from the seal and revives his master， the Lord of Sakisaka-hakuki-no-kami(means a elderly man like an egret on a hill)， and he plans to make Tokyo into the sea of fire so that he may revenge himself. The Sailor-Heat， Himi Kitano(means beautiful fire on north direction)， who is a descendent of the person sealed the evil sprit， chases after Sakon-Nabekura to be sealed again. However， Sakon possesses her grandfather and stops her motion by a poison arrow， and binds her tight in the secondary-dimensional world which he creates by himself. The evil sprit， Sakon was once the general reputed as a famous warrior in Over-River Castle， but also he was very famous as a playboy. Then， he covets the body of the Sailor-Heat to experience a woman for the first time in 400 years. Her lips are taken for the first time， and her nipples are kneaded and twisted around and in the end her virginity is taken even if she has never allowed it to anyone. Though the Sailor-Heat loses her supernatural powers as a sacred shrine maiden because her young maiden’s flesh has been spoiled， she succeeds in returning to the present world by prayer of the grandfather in a nether world. Again she fights against the evil sprit， Sakon in order to seal him， but this time she’s possessed by his vassals’ souls. The Sailor-Heat is bound so tight by hemp ropes， and wax of a burning candle is dripped on her flesh. However， along with the enemy’s obstinate surrender， her body sexually stimulated bobs up her true character which has been hiding inside of her... [BAD END]