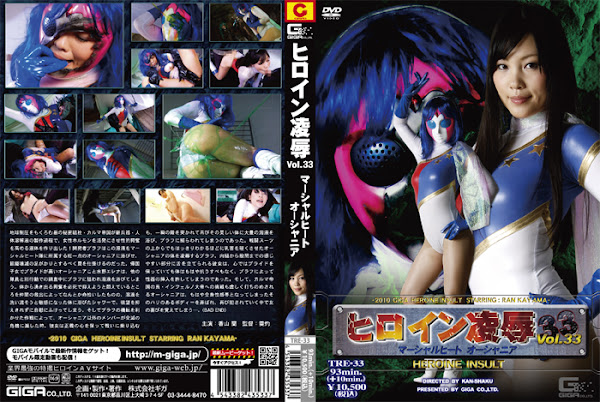 The Karma Empire is an evil secret organization which plans ascendancy over the earth， and now in their manufacture process of a new weapon―a human body solution liquid， they succeed in making a liquid which raises sexual excitement with activating female hormone! The developer named Bluff sets up a trap which may consider as a launch pad for an organization annihilation upon the Marshall-Heat Unit by showing this liquid over the sole female fighter of the Unit， Oceania. Now， a returnee student， Elena Mizuno (the last name means water fields) as Oceania with high pride is targeted by Bluff， and she is exposed to the liquid while she’s investigating separately with her members. Luckily， her death is somehow escaped by a hair’s breadth with her members’ rescue while she is in agony and also desperately tries to suppress an excitement gushes from her body. But after she takes shower bath on the body which has become so sensitive when the foe’s liquid would be flushed， and without the ability to finish stopping a desire， she starts absorbing in masturbation. And by a strategy which is used a quick wit of Bluff， the righteous members beside Oceania face the verge of total destruction but Oceania ventures into battles against the foe with the heart of justice， however; she is seized in a momentary inattention and again she is showed a lot of the foe’s liquid on her beautiful body and is totally caught by Bluff. Bluff violates the body of Oceania， who has hardened the nipples which can be seen over her combat suit clearly. Even if she maintains pride by the heart while she is being stuck the foe’s tongue to the sensitive portions， from inner thighs to a crotch， the body cannot resist anymore; and she allows insertion of Bluff’s sexual organs. And with her last strenghth， even if Oceania challenges against the Karma Empire’s head named the Inferno the Great， she is obviously knocked down in vain. And in addition， her voluptuous body which has become a systemic sexual feeling belt is made the sport and finally she realizes pleasure of a female while she is being disgraced again... [BAD END]