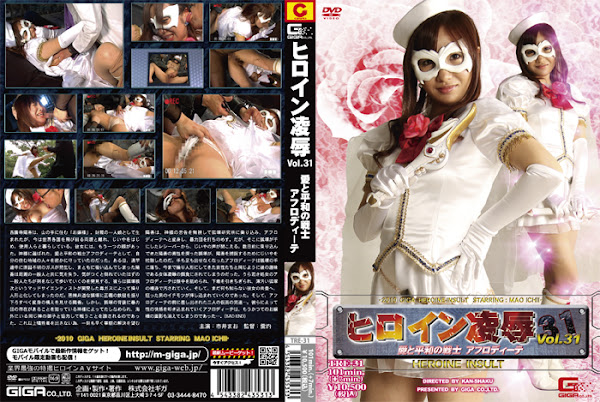 Yohka Saionji is a lovely ”doll”， living uptown， born to a financial clique as the only daughter. She now lives alone with her old butler and servants， away from her parents who are flying around the world. She has another face as a God-selected warrior of love and peace， Aphrodite， to secretly protect the people in her neighborhood. One day， on her way to school a mysterious gas erupts to send Yohka and the people around her unconscious. Coming to herself， she finds all the people who were downed by the gas walking along in a queue. They have been turned into puppets by the poison gas developed by a mad scientist named Kitsunezuka Kakuji. Yohka is determined to transform herself and deal a crushing blow to the foul and nefarious Kitsunezuka. But， God， knowing that Kitsunezuka is backed by the Yakuza crime syndicate， chides and talks her into collaborating with God’s son now living overseas. Yohka， wishing to straighten out the situation as soon as possible so as not to produce any more fatal victims， disregards God’s advice and sets out to Kitsunezuka’s laboratory where she transforms into Aphrodite and beats down the Yakuza hoodlums. Then， the voice of her butler sounds from Kitsunezuka’s receiver. Kitsunezuka， learning Yohka’s true identity a few days earlier， has kidnapped the butler to lure out Yohka. Without recourse， Aphrodite falls into the hands of Kitsunezuka and， just like other girls who have been turned into puppets， she gets molested and groped by him. Young， naive virgin Aphrodite is licked all over her face， with her underwear ripped off， and gets soiled by Kitsunezuka’s dirty saliva. And， at last， the crazy man’s dick is inserted into her innocent slits. Two masked men， thrown before Aphrodite， beat pleasures of sex into Aphrodite until she loses the image of a ’doll’ she once was... [Bad ending]