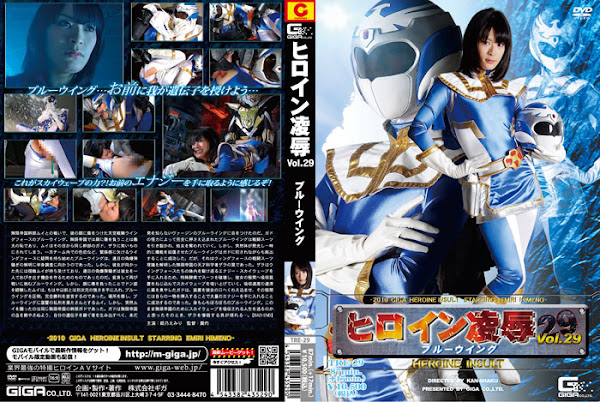 Blue Wing of the Wing Force Rangers of Heaven has inflicted a scar on Mui’s face in a battle with the cadre of the Infinite Empire. Getting scars on the face is considered a shame in the Infinite Empire， and Mui has been a laughing stock with fellow cadres Gado and Zara. On the other hand， Blue Wing has gone skeptical about the Wing Force which lately is slack in discipline with love affairs among fellow Rangers getting rampant. She sets out alone to investigate the series of false bombing alerts. But， her long-time enemy Mui is in wait for her wherever she goes: the false alert was his ploy to lure her out alone. Blue Wing transforms to challenge her enemy. Mui， once hurt on his face and subjected to abject shame， has acquired strength in the meantime， different in dimension from the past， and overwhelms Blue Wing to pronounce complete victory. Mui now intends to settle scores in private with Blue Wing in a separate location. But， suddenly Mui is assaulted by his colleague cadre Gado of the Infinite Empire. Gado’s idea is to use virgin Blue Wing to bear a successor of his own gene to carry on the Infinite Empire. Blue Wing is subdued by Gado with his irresistible force， gets her Wing Force fighting suit ripped off and disgraced finally. Then， abruptly， her body illuminates， and Blue Wing regains her power momentarily and escapes away from Gado. But， it only turns out to be a trap set by Zara the genius scientist of the Infinite Empire， who has resolved the secret theory of Wing Force’s fighting suit. Zara， with the purpose of obtaining the energy skywave that circulates in the body of Wing Force members， destroys the suit with a special enzyme and screws in her abdomen an absorption device to suck up the skywave. Irritated by the slow suction speed， Zera stuffs the device into her mouth and puts his cock into her groin to successfully suck up a volume of energy. Blue Wing is wasted both in her mind and body. As she begins to resign herself about the possibility of getting her life spent with the skywave sucked out， a mysterious man emerges who is to slaughter Zara... [Bad ending]