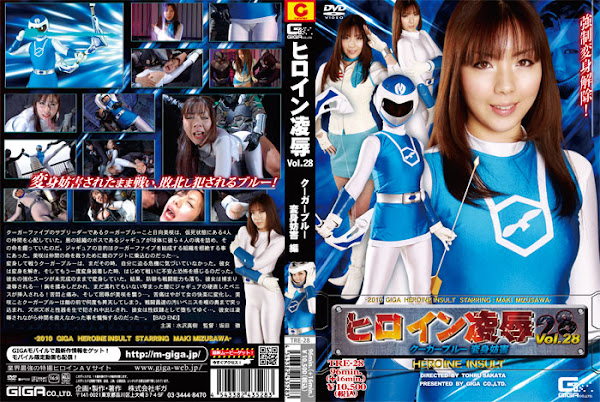 Misaki Hyuga， aka Cougar Blue， the sub-leader of the Cougar Five， is now worried about her four colleagues who are in a state of apparent death. Jaguar， the boss of a vile cadre， has confined their souls in a globe to control their lives. Jaguar’s purpose is to exterminate the group of Cougar Five. Misaki sets out for enemy’s hideout to save her colleagues ... Transformed to fight， Cougar Blue is not aware of the danger encroaching upon her at that time. After de-transforming， and as she transforms again， she feels for the first time anxiety and fear. Her reinforced suit has turned incomplete for her to transform in. As a result， the defense and attack forces have waned， and she gets caught and molested... Her breast is groped， with Jaguar’s hard penis penetrating her yet unready， tight cunt... In agony and pain， disgrace assaults Misaki. Pains， however， gradually turn into carnal pleasure， and Misaki， aka Cougar Blue， reaches climax time and again in front of her enemy. The fighters’ dirty dicks are thrust deep into her throat， with her cunt pumped hard and cum shot inside her， turning her into a sex servant... She now repents， as she gets screwed， that she has failed in rescuing her colleagues... [Bad ending]