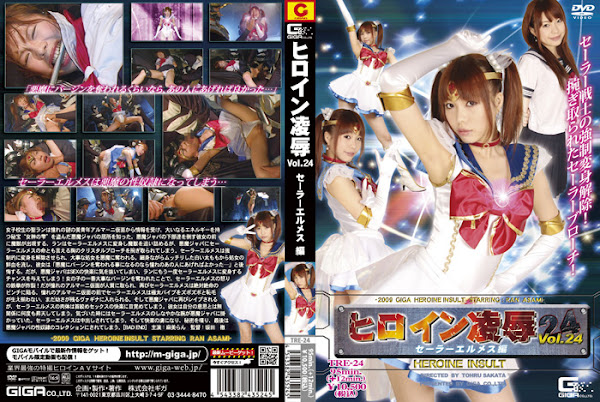 Coed Ran Hijiri， tipped by a mysterious handsome young man， Armani Mask， whom she has fallen for， learns the whereabouts of Devil Java who absconded with the hidden treasure ”God’s Dewdrops” known for its incredible energy. She knocks down Devil Java’s underlings but faces a devilish beast confronting her. Ran turns herself into Sailor Hermes and corners the beast， but she has her treasured crystal broach snatched away by Devil Java， pinned on her breast， which she values next to her life. Sailor Hermes gets her transformation terminated by force and her virgin marred by the devil. With her blood trickling down the white slim yet plump thighs， Sailor Hermes laments by saying ”If only I knew that I would lose my virginity to the devil， I should have given it to him...” Devil Java， so entranced by pleasures of sex， allows Sailor Hermes another chance to get transformed. With her virginity lost， Sailor Hermes explodes her anger and wields her mighty fists and blows. But， now with her beloved Armani Mask taken hostage， Sailor Hermes gets trapped and falls in a fix. In front of Armani Mask， she has a big thick vibrator pumped into her cunt， so thinly covered only by young pubic hair. Again， Devil Java disgraces her and strangles her neck， which gives Sailor Hermes pleasure of having sex. Despite her will， she reaches her climax time and again. Unknowingly， she wraps her limp arms around Devil Java’s neck and gets him to ejaculate inside her. Addicted to sex， Sailor Hermes spills out all the secrets; she is now a mere collection of Devil Java’s sex servants. [Bad ending]