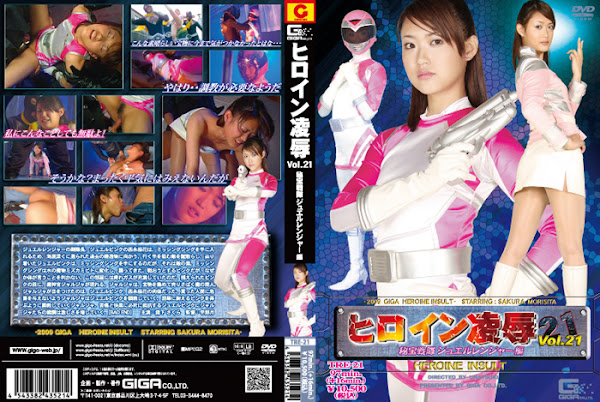 Vice commander of Jewel Rangers Ouka Nishinaga aka. Jewel Pink sets out for an old building constructed deep in the sea in order to seize “Missing Thing.” Defeating the enemies standing in her way， she finally gets to the place where Missing Thing is. Pink gets more than she bargained for， however， when she realizes this is a trap set by the enemy. The Missing Thing she obtained transforms into an evil water monster Mizukamibito and it begins to attack her. Jewel Pink tries to fight back， but somehow her body refuses to move as the room she is in is filled with poison gas. Then before the captured Pink appears Jarjat the Evil Priest， who is also a magical merchant of the underworld collecting and selling valuable artifacts around the world. Now what Jarjat wants is the body of Jewel Pink， so Jarjat starts to discipline Pink strictly so that she would not rebel and harm the owner. Jarjat disciplines Pink as if playing with her， who endures the evil Jarjat’s disgraces. Jarjat’s training gets more and more rigorous as Jewel Pink desperately resists the pain and pleasure. [BAD END]