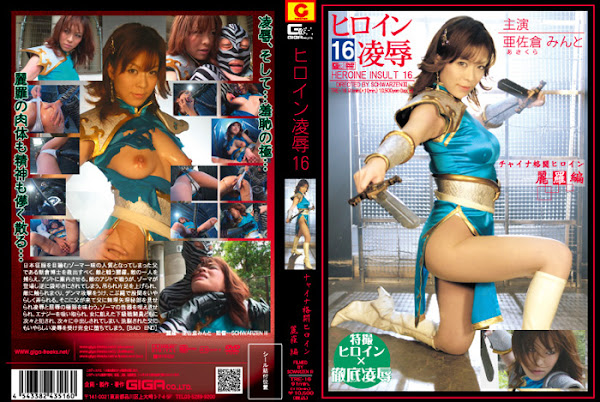 Reira is a daughter of Dr. Asakura who was taken hostage by the Zomers， a criminal group that plans to dominate Japan. In order to rescue her father， Reina fights with the syndicate and uses a captured enemy fighter as a guide to their hideout. Her ruse is a success and she battles her enemy there， but the group’s leader Zomer is too powerful for her and Reira gets beat up by him. She is hung up with one leg lifted， is fondled by the enemies all over her body， is subjected to electric massager tortures， and has her groin punishmentd with a knotted rope. Then her father shows up and Reira experiences the ultimate disgrace of being forced to show him her own vagina. After that， she was made to suck Zomer’s sexual organ and her energy is sucked up by him， and then sex-hungry lower-class combatants disgrace her one after another， every one of them cuming inside her. Finally， humiliated by her own father who is brainwashed， she becomes totally corrupted in the end. （BAD END)