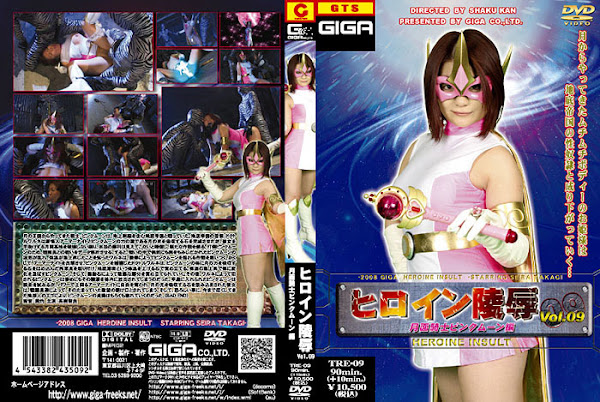 Pink Moon， a warrior that came from a kingdom in the moon， has been fighting against the underground empire that plots conquest of the earth. Doctor Walne， don of the underground empire， has completed the stone that absorbs moonlight which is served as a source of strength for a new monster Armor Knight and Pink Moon. However， he feels sure that unless the lunar base which helps Pink Moon is destroyed， he can’t win a real victory， so he considers a new plan. In order to defeat Pink Moon， he gets the data of her battles with his combatants compiled. Then Walne finds out the temperature of Pink Moon went up sharply with her wave pattern in a state of disorder when she had her breast kneaded by chance during a battle. He comes up with a plan to backstab Pink Moon by means of molestation. Thus Doctor Walne gets Armor Knight to make a sally and succeeds in having Pink Moon in captivity. He sets a torture device inlaid with the moonlight-absorbing stone in her body and assails her with underground lava that raises temperature. The sharp rise of the temperature makes a difference to the body of Pink Moon. He continues to attack her sensitive parts with the vibration stone. And then， Pink Moon gets disgraced by Walne and his semen is ejaculated into her body miserably. After being imprisoned， Pink Moon attempts to escape but she is deprived of freedom by Armor Knight who is superior in power. Having being forced to swallow the moonlight-absorbing stone， she ends up becoming a sexual outlet for the horny combatants. In addition， the really scary thing is that the egoism of earthlings， to whom she has been dedicated， beings to blemish Pink Moon’s chastity.