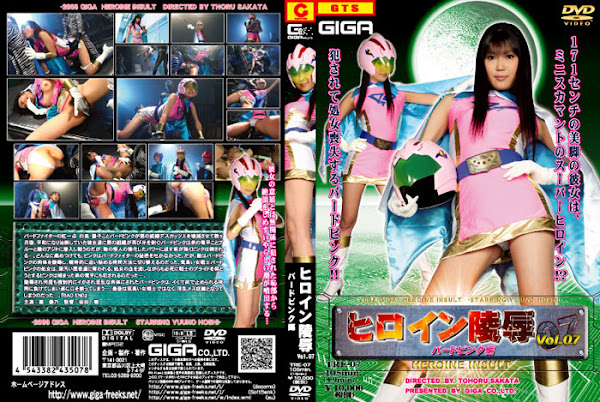 Several months after Bird Pink as Yuko Shiratori， who is the only girl in Bird Fighters， destroyed the evil organization Dethkatze， the organization once again shows its fangs towards Bird Fighters who are off their guard in midst of peace! Together with her brother Blue as Ryuhei， Bird Pink sneaks into the hideout of the enemies to fight against them， but they are helpless before the strengthened power of the enemy monsters and Pink gets defeated... However hard punishment is， Pink never discloses the secret of Bird Fighters. Then the enemies move on to a torture method that mentally drives her into the corner by assaulting her body. Filthy villains rob this noble female fighter of her virginity. Pink desperately keeps her pride as a fighter in spite of bleeding of virginity loss but she gets disgraced even by her brother Ryuhei... Now that Bird Pink’s body becomes prurient after being assaulted and forced to come over and over again， she finally unseals her lips because of the torture that stops her just before she reaches orgasm... She is only a prurient female servant in the end and not a noble fighter... What an ending!