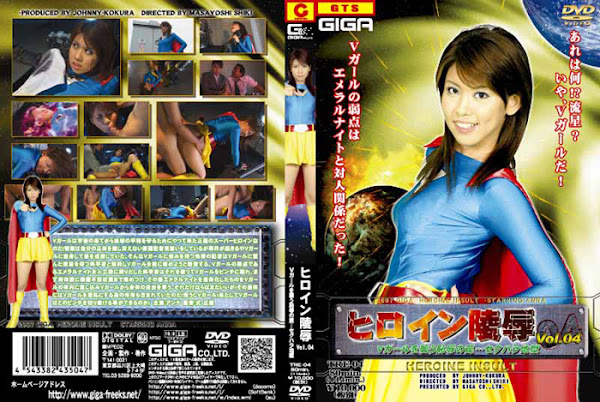 V Girl is a super heroine of justice who has traveled from far away in the universe to protect the peace of the Earth! She usually disguises herself as uncool newbie journalist， but when something happens， she quickly changes to V Girl and defeats the evil. However， a senior journalist who has had a grudge against V Girl hatches up a plan to trap her in conspiracy with a scientist with perverse desires for the heroine. The scientist has succeeded in artificially manufacturing a substance called Emeralnight， which is the weakness of V Girl. Now V Girl is in big trouble. She is unable to fight back， terribly beaten up by the scientist who then pours liquidized Emeralnight into her body so that she gets incapacitated. And there is another secret hidden in the liquid! It contains elements that make V Girl very horny! Now she is in a fix! Can V Girl really get out of this trouble?