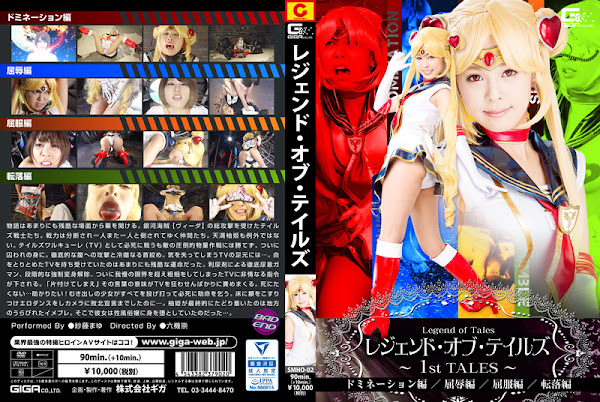 This story starts from the cruel scene. Tales fighters were all-out attacked by the Galaxy Pirate “Vida.” They are divided and beaten one after another. Yuzuki Tenman desperately fights with opponents as Tales Valkyrie but finally she is also captured by opponent’s overwhelming material advantage. She is thoroughly attacked her stomach and cruelly choked. She loses her consciousness. Tales Valkyrie survives but faces cruel fate. She is forced to tolerate pee after taking diuretic and gradually released her transformation. She finally reaches the limits of her patience and wets her pants. A cruel command is conducted her， “Clean up her!” Meaning of this word makes Tales Valkyrie crazy. I don’t want to die…I want to be survived! The naked girl desperately begs her life. She rubs her forehead to the floor， do an erotic dance， and concedes defeat on the Camera. Yuzuki finally reaches to the regional lonely brothel and falls to prostitute…[BAD END]