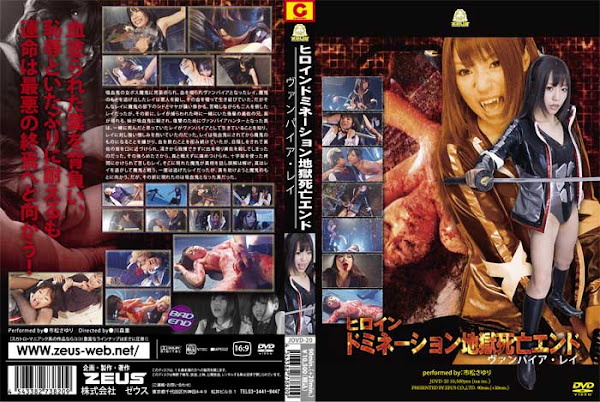 Maki， a lesbian leader of a vampire clan， sets her lustful eyes on a girl named Rei， and turns her into a vampire by sucking her blood. After escaping from Maki， Rei becomes a heroine of justice feeding on the blood of the baddies she kills. But chasers from the clan close in on her， and two assassins Sid and Maya attack her. Rei fights a tough fight and manages to defeat them. Then she encounters someone she had never expected to meet again. It is Makoto， brother of Rei’s junior Misa. Misa happened to be with Rei when they were captured by Maki before. Makoto， bent on revenge for the death of his sister， had become a vampire hunter. He holds a strong hatred for Rei because， though he thought Rei was dead when she and Misa were attacked， Rei alone came back as a vampire herself. What vengeful Makoto doesn’t know is， though she was made a vampire， Rei abhorred the idea of becoming Maki’s， and refused to drink human’s blood， but when she got blood thirsty， Rei was tricked into biting and killing Misa， whose neck was put close to the mouth of blindfolded Rei. Feeling guilty and responsible for the death of her friend， Rei is unable to fight Makoto， who puts her to torture using a cross. Maki then shows up and tells the vampire hunter what really happened. Makoto releases Rei and fights Maki. Rei escapes， but comes back to help Makoto， only to be confronted by Makoto， who is turned a vampire. [BAD END]