GVRD-44 Sailor-Fighters Tentacle Monster Swallowing, Insult from the Inside Part 1 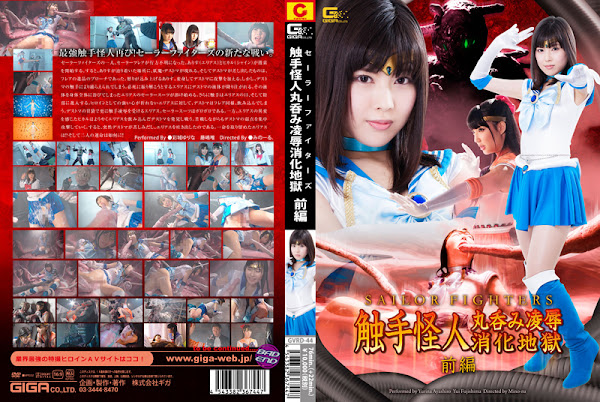 The sudden disappearance of Sailor Flare was the beginning of the case. Alice (Sailor Elias) and Hikari (Sailor Shine) begin the search for Sailor Flare. As they begin their investigation， they come up to a monster named Destoma. Destoma shows up before Sailor Elias and shows her Flare’s transformation brooch. Alice decides to avenge her friend but it captures her with tentacles. Sailor Elias tries to escape but the monster squirts fluid on her. The fluid melts the sailor suit and the tentacle enters into her pussy. Sailor Elias fights against the tentacles， but like Flare she gets swallowed by the monster. Destoma rapes Sailor Elias with its tentacles inside its stomach. On the other side， Hikaru senses something wrong with Sailor Elias but it was too late. By the time she found Destoma， Sailor Elias was already swallowed up. Sailor Shine fights against the monster and repetitiously hits its stomach. Destoma begins to suffer and spits out Sailor Elias! Will the two be able to defeat Destoma!? [TO BE CONTINUED]