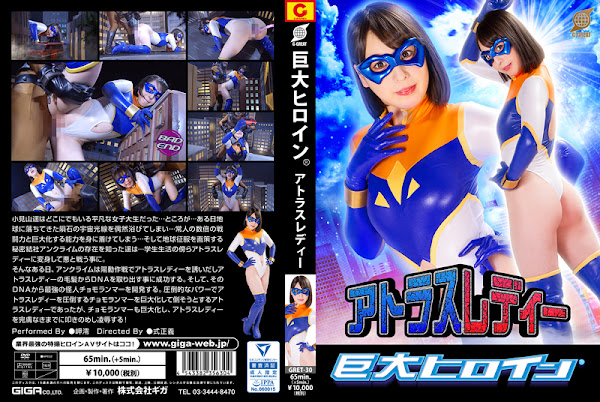 Haruka Komiyama was an ordinary college student. However， one day， she is exposed to the space beam from the meteorite that fallen to the Earth. She gets enormous power and the ability to become a giant. Then， she knows the secret society Uncrime that plots domination of the Earth. She decides to fight with evils by changing into Atlas Lady， spending her school life. One day， Uncrime lures Atlas Lady to get her hair. Uncrime succeeds to extract DNA from her hair. They create the strongest monster Chomolungma through her DNA. Chomolungma tries to defeat Atlas Lady with his overwhelming power. Atlas Lady becomes giant to defeat Chomolungma but Chomolungma also becomes giant and thoroughly defeat and torture Atlas Lady! [BAD END]