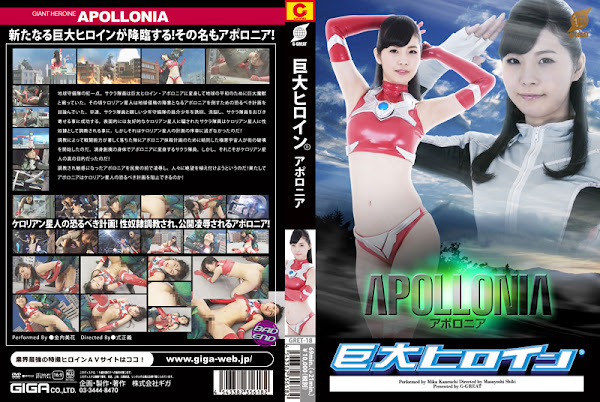 Sakura， a member of the Earth Defending Troop， has the ability to change into Apollonia to keep earth in state of peace. While she fights against gigantic monsters， aliens from planet Keloria plot a way to defeat her. Immediately， they kidnap the boy， brainwash him， and use him to lure Sakura. On the superficial side， the Kelorian act very friendly， so Sakura gets tricked by them. She is tamed by the alien but this was merely the beginning! A different alien was actually waiting for the chance to annihilate the heroine because she was becoming weaker after the harsh training. Sakura is severely wounded but changes into Apollonia to defeat the invader but Kelorian assaults her. Apollonia is disgraced while everyone in the city watches her. Can the gigantic heroine stop aliens from destroying the city!?