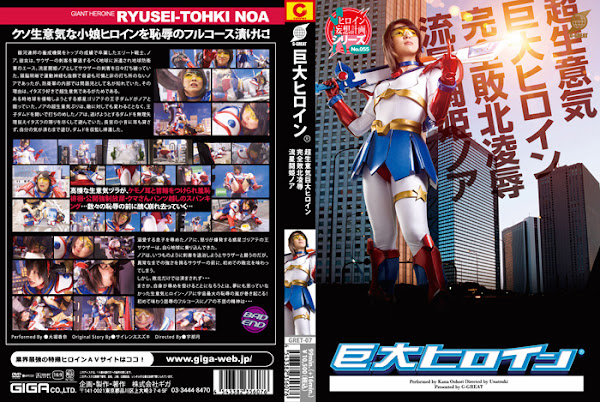 Noa is an elite fighter who graduated the Galaxy Federation’s training school with honors. After graduation， she is sent out to Earth， where she fights as ‘Princess Noa，’ the ace fighter of Earth’s Defense Army. Intelligent， athletic and very beautiful， Noa beats up every assassin of an evil king Souther. Noa should be a perfect fighter， but among the defense army she is also known as a prank-loving， super-cocky troublemaker. Even during the fight with Prince Damned of Planet Goliath trying to invade Earth， Noa maintains her cocky attitude. After winning the fight against Damned， she captures the defeated prince who is trying to escape. In fact， Noa is having fun doing naughty things to the humiliated prince. Noa refuses to listen to the Commander’s well-meant advice， and keeps enjoying herself until she is quite satisfied， and sends the poor captive prince to the jail. Knowing that his beloved son is terribly humiliated by Noa， angry King Souther of Planet Goliath himself travels to Earth and launches an assault against her. Noa fights Souther， thinking this is going to be another easy victory， but King Souther is a much stronger enemy than she expected. Noa realizes her mistake but too late， and she is defeated for the first time in her career. But her defeat in the fight is only the beginning of the real nightmare. Super Cocky Heroine Noa’s greatest humiliation show of the universe begins now! Noa is now getting through the full course of humiliation， but can Noa， a heroine with an unyielding spirit， survive it?