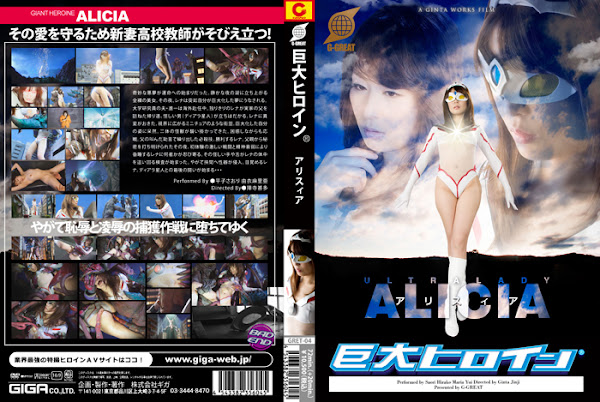 It started with a strange nightmare on a fateful day. One quiet night， a beautiful woman， totally naked， emerges from the lake. On the same night Rena suffers a bad dream， in which her body becomes enormous. Her husband Shinichi， a college researcher， is away from home， living and working overseas. On her way home after visiting her father， a suspicious-looking man stops Rena. It is a Diara alien， and something weird happens to her. As she looks around her， Rena realizes she is surrounded by miniature-like buildings and streets. Actually， she has turned a giant woman. But the shock does not end here， as two monsters show up to attack her. Though terribly bewildered， Rena fights back， and， helped by her father who shouted advice to her， she delivers a special move and wins the battle. Later that day her father reveals a certain secret to Rena， and， exhausted physically and mentally after her first combat， she falls into a deep sleep at night. Then someone sneaks up on her and starts inspecting her body， with a hand and a tongue that gropes and licks all over her body. Rena wakes up when a sexual organ penetrates between her legs. Her final battle with a Diara alien is about to begin now.... [BAD END]