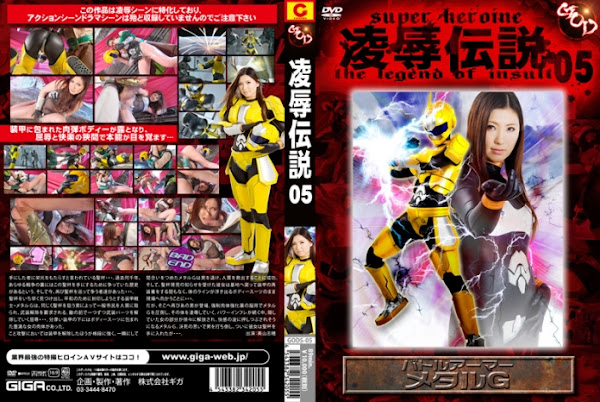 The sacred cup， which is known for bringing glory to whomever happens to hold it... For a several thousand years， the legend says that all wars have been fought around the cup. And now， there are people vying to get hold of it... Armored Warrior Metal G， trying to be not the last to find the cup and seal it off for peace， is now demanded by a man eying for the cup to disarm for the citizen hostage taken by him. Metal G has the disgrace of having to disarm himself by taking off the armor piece by piece... From under the thick armor emerges a glamorous girlie body wrapped in the body suit. Stripped off the armor， she is far quicker to throw out attacks on the man and succeeds in rescuing the hostage. Learning that the cup has been recovered， she returns to her base， and no sooner than she puts on the armor again she hurries to the site as she is still in the body suit， showing her glamorous body line... But， she finds the man there again， who has beefed up his body by forceful muscle builder drug to beat Metal G and screw her. As power inflation continues， her hidden feminine part gradually is liberated to assault her with the sense of pleasure. Fighting the inner desire， Metal G manages to beat the man， and she gets the cup in hand finally... [Bad ending]