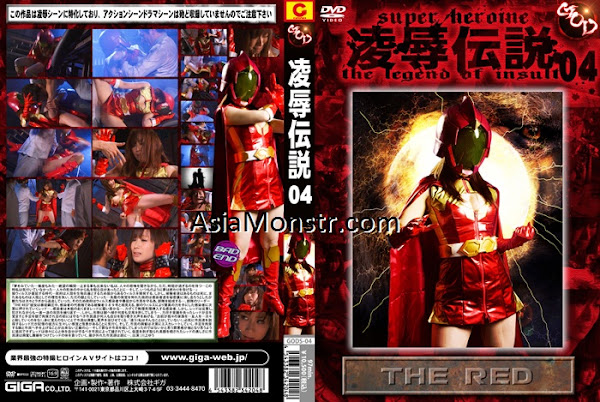 The times when a wolf virus spreads...The Government has developed a certain virus from wolves in order to make a man into a biological weapon. But， among the experimental subjects， ones have died and the others have lost reason as a man and become a beast... The Government fears disclosure of the failure and tries to exterminate these infected people in secrecy; however， these beats escape from the lab one after another. Therefore， the Government forms a unit in order to protect citizens from the virus infected people and these mobs... The unit’s leader is called ’the RED’， and during the mobs’ repression， she encounters the test subject No. 089 who is a representative of them. The RED is gradually overwhelmed by these infected people who have superfluous power with the beast virus. These people viscerally attack the RED...So that they’re able to bury their wicks into her beyound the limits of reason. Yet， while being disgraced， the RED counterattacks， and repeats offense and defense that seesaws to and fro... But， the situation inclines to the beats and she allows them to disgrace her over and over... The RED finally loses the strength and drops into unconsciousness， and after a while she wakes up but she finds all fours restrained with a chain， and she can see many citizens whom she should protect are surrounding her and raising a big voice. ’We know you killed our families...friends...one after another!’ These citizens get excited and boo her even if she has no clues about what they say. ’That’s not ture! I haven never done such a thing!’ The RED tries to persuade these citizens desperately， but she realizes that she has a raw feeling and sight beyond the memory. And， these citizens get more excited with each passing moment. The chain which restrains all fours， and a righteous soul which stops her to raise a hand to these citizens...and also a guilty feeling which makes her reckon that she may has killed innocent citizens， which fetters on her， so that she cannot resist them as she wishes. And little by little mind and boy is spoiled by these citizens whom she should protect. These citizens are excited to see the beauty of the RED’s face that is exposed without make-up after the mask is stripped off， and criticize the RED for one thing or another and start craving the flesh. Now， these citizens completely lose control of themselves， and finally... [BAD END]